I started this blog in 2005. 8 years ago. It was a simpler time! I had just ran my first marathon, Zach and I were newly-ish wed and renting an apartment in suburban California, and I was a fresh 25 years old.

Since then I’ve run 10 marathons, dozens of other road races, a bunch of trail races, and a handful of triathlons including an Ironman. I went from a new runner to a seasoned competitor to a burnt-out overachiever to a balanced, well-rounded, zen-like athlete. Or something. I have been married almost 10 years. I’m now an Oregonian, a homeowner, and a mother.

I’m pretty sure I’m the coolest person you’ll ever know. That’s what this blog has been about, and I think we can all agree it is settled.

But, alas, I seem to be the only one. And that’s ok! You are all fantastic writers as well, and whatever you are doing seems to be striking a chord with the community. I think my sporadic posting, inflated ego, and lack of reviews/giveaways/commenting/effort has finally taken it’s toll and my readership has dwindled. And that is truly ok.

I am officially over it. No one cares! I don’t mean this all to sound self-pitying, believe me! I am writing this with a big, shit-eating grin on my face. I’m free! I’m finally freeeee! I don’t have the time, and I lack the enthusiasm. And I’m sick of feeling guilty about it!

Go, go! Enjoy the world of fun, funny, interesting blogs. I know I will! But I will no longer be among them.

I will keep my email address here- runningstories@yahoo.com and I will continue to check it every 6 or so months. If anyone in future generations finds this blog and wants to reach out to me please do. Just don’t expect a prompt reply!

The rest of you, if you haven’t already, please find me on Facebook or Instagram. There are several of you who still need to do this but most of you have already. I will continue to post pictures of my insanely gorgeous daughter and brag about my running achievements on those platforms. And you can always look me up on Athlinks if you are a dedicated stalker.

Well, I could go on and on but that’s really the gist of it.

Love ya, mean it.

Thank you for reading. 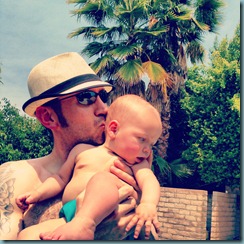 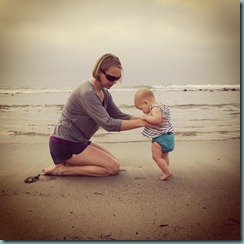 Long time no post! I had planned on doing a couple of races in the last few weeks but decided not to, so no recent race reports… so no posting. Still feeling generally uninspired to post. But now I have a race to report on! Here we go.

Actually this is going to be pretty brief because I don’t have a mile-by-mile breakdown. I have a few blurry pictures though which is kind of exciting!

The Trail Factor Half Marathon was a perfect goal for me- super local, perfect distance, and just plain fun. Love me some Forest Park. Zach doesn’t like the idea of paying to run somewhere we run every weekend for free. Fair, but I needed something. And a race is different than a solo run, so I was in.

The website says the race has 2000 feet of elevation gain, which seems a bit high. The website also admits the race is 13.4 miles. I am very familiar with the course and knew what I was facing. Not super tough but plenty of climbing for me.

We woke up to a verrry heavy rain. Yick! Obviously I’m used to running in the rain but it makes it hard to get out the door. I was excited though. I wasn’t planning on “racing” it really so I wasn’t too nervous. I’ve done plenty of training runs (up to 15 miles) so I knew I was ready for it. Zach and Penny drove down to the start with me. I did my usual pre-race momma routine of nursing Penelope in the car before the start. They dropped me off and I walked up to the start. It was pouring! I used the porto and hung out a little while in there because it was dry. I wore a garbage bag poncho too which was awesome. Soon enough we were off!

Here’s the brief part of the race report:The actual race. We climbed! We ran on flat. We climbed more. We descended. ETC. It was very muddy. Very! We got soaked and filthy and it was fun. I was kind of MEH about the first few miles but started having fun about halfway.

I seeded myself wisely for once in my life. Usually I start way up front and get passed the whole time. Which is so demoralizing. This time I started mid-pack and it was nice. It was more crowded at first but not for too long. I probably got passed by as many people as I passed the first few miles. The last few miles, I was feeling really good and passed a few people without getting passed anymore.

What else? I skipped the aid stations. I ate some Clif Blocks. I chatted with some runners. I saw a guy slip and fall. I’m kind of out of practice with blogging, clearly!

Zach had taken Penny home for her nap so I didn’t have a fan club at the finish. I grabbed my awesome pint glass and texted him and my friends, and then ran the 2 miles down to my friend’s house. I stopped for a bagel when I got down there and showered to warm up and wash the ridiculous amount of mud off my legs. It wasn’t bad running an additional couple of miles, surprisingly! I guess it means I could have ran the race harder but definitely gave a good effort and had fun, so I’m happy with it.

It was a nice cap to a very busy Memorial Day weekend. A couple of friends flew in for a girls weekend and it was beautiful and exhausting. I am going to need a few days to recover from all of this! We head to LA next weekend for another friend’s wedding so more excitement to come. Bring it!

Ok, this post is all over the place and not that exciting! Sorry. I know if I didn’t write something up it would never happen. I’ll be back with all kinds of introspective, articulate shit some day soon maybe! 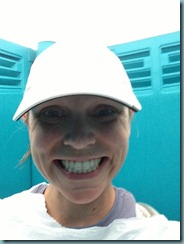 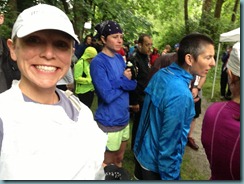 Zach and Penny did watch me run by about one mile in: 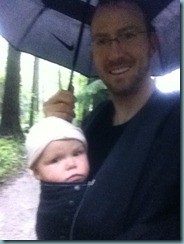 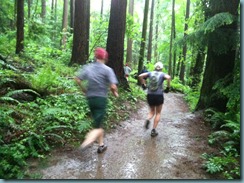 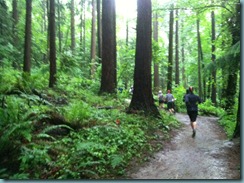 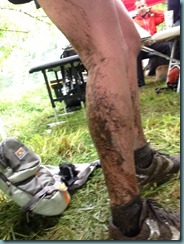 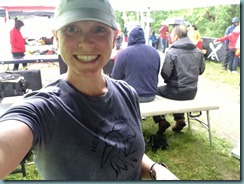 Hi from lil Penny! Can you believe she is 10 months old already. What a doll. <3 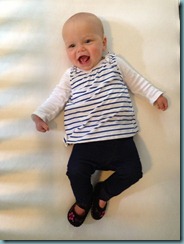 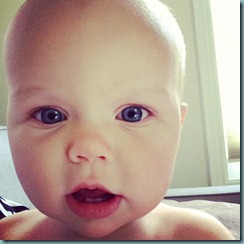 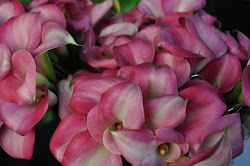 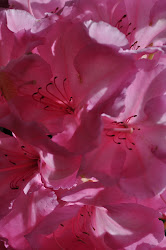 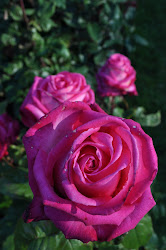 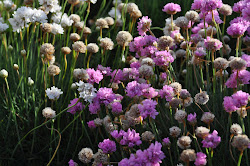 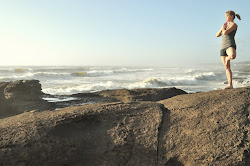